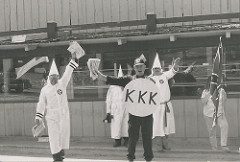 Image by My Lil’ Rotten

[C1] The question may boil down to: When you own stuff, do you really own it?

[C5] For kids, Virtually Life Without Possibility of Parole gets the death penalty. 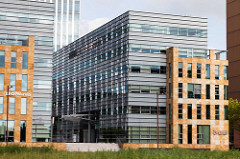 [B1] Marco Marandiz wishes that Silicon Valley would get to work actually solving real problems. Maybe they should do a start-up where they do a blood test with just a few drops of blood or something.

[B2] Well this doesn’t sound good. I wonder how is Madrigal Elektromotoren is doing.

[B3] This explains their attempts to crack down on misbehavior: Salesforce and Disney don’t want the Twitter Trolls.

[B4] Navigating tattoos in the workplace. I’m not a tattoo guy, but people outside particularly open-to-such-things of society where they cannot be covered up baffle my conservative soul.

[B5] Samsung: From bad to worse to video games. I’ve been going back and forth on whether my next phone should be Samsung or LG, but will I have a choice?

[B6] Apple may not lead the self-driving car revolution after all. Getting into the car business seems a bit more difficult than getting into the phone business. 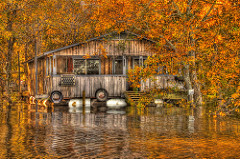 [H1] There are more opioid prescriptions than people in Louisiana.

[H2] If your life is feeling incomplete, maybe suicide is the answer.

[H3] Tattoos with a cause. I have to get over my anti-tattoo biases, but it sounds really cool.

[H4] The degree to which generic drugs are identical to the name brand may be overstated, which is unfortunate in multiple respects. 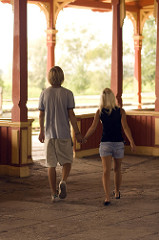 Image by One From RM

[R1] Madison Moore explains how difficult flirting is with the introverted.

[R2] Sometimes when women allude to having a boyfriend, they’re really just gently blowing you off. These men are OUTRAGED!

[R3] Cohabitation doesn’t seem to filter out bad couplings, and isn’t likely to endure as a marriage, but it does make women feel as good as if they’d gotten married. Scott Stanley takes some issue with that, though.

[R4] Unsurprisingly, I am on Team Separate Bedrooms, when feasible. Spousal benefits come with being married.

[R5] According to The Onion, more Americans are putting off marriage (until ultimatums are issued). 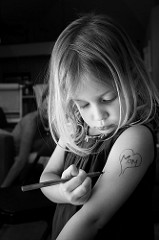 [S2] When is the concept of us a fiction created by Big Data?

[S3] Tania Lombrozo argues that there are no controls in evaluating how events shaped our lives, and so we should beware of the fictitious cause-effect we assign to them.

[S4] Smartphones as “companions to our emotional lives.”

[S5] This does correspond with my own experience. I really do divide my life into where I was living at any particular time (even within Colosse). Even so, I’m tired of moving.

[S6] Jessica Abel explains that if you’re thinking too much about how great something you’re going to do is going to be, you’re not doing the thing that’s supposed to be great.

With only Justice Thomas registering dissent, the Supreme Court ruled that the National Archives could release materials the January 6th committee requested on former President Trump and that executive privilege did not apply.

Rudolph W. Giuliani, Boris Epshteyn, and lawyers Jenna Ellis and Sidney Powell are the latest names that won't be cooperating with the January 6th committee

Microsoft appears to be buying Activision/Blizzard

The focus of the returning U.S. Senate will be on voting rights starting today, but Majority Leader Schumer is still publicly without the votes need to pass any of the several piece of legislation under consideration.

A situation that could have been far worse ended when the FBI's Hostage Rescue Team breached a Texas Synagogue, killing the suspect without further loss of life.

Undergraduate enrollment dropped again in 2021, adding to a marked drop in student participation in Higher Education in the last few years.

Inflation numbers for 2021 are in, and it looks like 2022 will be a year where concerns about the economy will be very much at the fore.

Police reform is in the usual political doldrums...The battlefront seems to have moved to District Attorneys

Seriously, if you never listened to either of Meat Loaf's Bat Out Of Hells you really should.

OT contributor and economist Jericho Hill joined Andrew Donaldson on Heard Tell to talk through economic news and headlines, housing issues, and how to better discern the economy from news media.

This clip is from Heard Tell, hosted by Andrew Donaldson with new episodes available weekdays to watch on YouTube or listen wherever you get your podcasts. Subscribe for free:

Andrew Donaldson, managing editor of Ordinary Times magazine, enters The Bullpen to discuss the split in the GOP over COVID vaccinations.

Here, there, and everywhere! Videos.

Ordinary Times own Andrew Donaldson was once again a guest on The Young Turks show "Indisputable with Dr. Rashad Richey" talking current issues in the Republican Party.