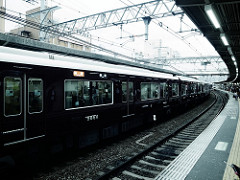 [C1] A businessman seeks to transform Muscatine, Iowa (population 24,000) into a hub of Chinese culture.

[C2] Friends of Earth was forced to back down from some of its anti-fracking claims and literature.

[C3] Is Medium going under?

[C4] Economics marches on, but economists rely on assumptions that are subject to subjectivity (or perhaps more accurately, speculation).

[C6] Michael Sargent looks at our airports, finds them wanting, and wonders why we can’t be more like Europe. Just not this one, okay. (Okay, it’s more about privatization than Europe, but I wanted an excuse to link to that video.

[E1] Will Udacity and Coursera help you on that next job interview?

[E2] Andrew Cuomo’s plan is not especially debt-free, given that tuition is only a portion of the expenses. And contrary to some of the headlines, it’s not the first to have “free college” but rather the first to do so without regard to academic performance. Also, nice marriage penalty there. And let’s talk about majors, too… sigh. Okay, I’ll admit it, the “College is a mandatory step if you really want to be a success” line put me in a bad mood. The world is not divided between those who went to college and those who were too neglected or defective to go. 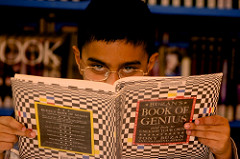 [E4] Are universities overbuilding for their own benefit, or because the students they want demand it?

[E6] Scientific American looks at how to raise geniuses. 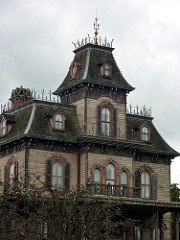 [H1] Introducing the Concave Roof, an architectural solution to water shortages in the desert.

[H2] The native guilt of a home-buying Democratic Socialist.

[H3] More on the bottom of the bottomless luxury housing market.

[H4] If neotraditional houses are popular, why aren’t more of them being built?

[H5] Collin Dickey complains that McMansion builders of today are building the haunted houses of literature.

[H6] Here’s a pretty cool calculator on whether it’s advantageous to rent or buy. 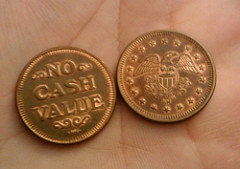 [M1] What do you do if you’ve discovered you’re a token?

[M3] Forensics looks at the link between racial hate crimes and Internet access in the early last decade.

[M4] It’s disappointing, if not surprising, that multi-ethnic teams can be less productive than their more homogeneous variety.

[M5] Cobb looks at the difference between multiculturalism and pluralism, and how the US can handle one but not really the other.

[P1] Kevin Williamson’s piece on the pickup flap is a lot better than mine was.

[P5] From Greginak: This should be big news as it speaks to why a clusterfish of war kept going and directly relates to the Logan Act/ presidential actions. It will be a blip though most likely.

[P6] Is Duverger’s Law applicable outside the United States? I’ve commented before that the US has additional barriers to FPTP, and this might be indicative of that.

[P7] Will donors prevent the Democrats from going left?

Officials at the US Centers for Disease Control and Prevention are closely tracking recent clusters of monkeypox infections around the world -- and possible cases in the United States.

Georgia voting turnout is surging to record breaking numbers in the 2022 midterm election, as voters go to the polls after two years of legislative and legal wrangling over voting reforms.

Still a developing story, but what we know so far points to an utterly depraved act of violence at a Buffalo supermarket.

Ten people were killed and three others suffered non-life-threatening injuries and were transported to local hospitals after a mass shooting at a supermarket on Buffalo’s East Side Saturday afternoon.

The shooter was an 18-year-old white male who was heavily armed with tactical gear and was live-streaming during the mass shooting, officials said. City of Buffalo Mayor Byron Brown said the shooter is not from Buffalo and traveled “hours” from outside the area.

The shooter was identified in court Saturday evening as Payton S. Gendron of Conklin, New York, about 200 miles southeast of Buffalo.

Gendron was arraigned on one count of first-degree murder without bail.

When Gendron exited his vehicle at the supermarket, authorities said, he shot four people in the parking lot. Three of them died and one is in the hospital. The shooter entered the store and opened fire on customers.

Twitch deletes shooter’s live-stream video of Buffalo mass shooting
A retired Buffalo Police officer, Aaron Salter, who was working as a security guard, shot Gendron but he was unharmed because he was wearing armor, Gramaglia said. The retired officer was shot and killed.

A law enforcement source told CBS News that the gunman had a racial slur written on his weapon. The attack is being treated as a hate crime.

Erie County District Attorney John Flynn will not confirm the existence of the shooter’s manifesto. He said they believe there was a “racial component” to the attack but won’t say more.

This attack is being investigated by the FBI as a hate crime and as violent extremism.

Elon Musk has filed a purchase request with the SEC.

Dylan Matthews explains how he (and a lot of other people) got inflation wrong.

It's not just a phase.

Yesterday the Ukranian president made his appeal to the Russian citizens directly. English subtitles.