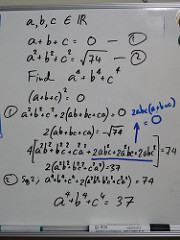 [Ed1] I totally remember this. High school scared the crap out of me when it came to college… and I found college easier.

[Ed2] Reason takes a closer look at Seattle’s free community college plan, and similar ones. They don’t sound like bad plans, in the overall, but don’t seem to deliver what they advertise.

[Ed3] It will be interesting to see who will be able to get these loans, and who can’t. The idea of “loans based on a share of income” has been tossed around for a while, but if we do that then we need to consider income potential.

[Ed4] I’ve been to one of these frat parties (called a “swamp party”). I recommend them. Now might not be the best time to talk about this, though.

[Ed5] Toby Young argues that Prince George ought to be going to public school.

[Ed6] Noah Smith tweets on the anti-algebra movement and Adak Elkus juxtaposes it with “everybody should code.” I remain unconvinced. Coding proved infinitely more valuable to me than algebra, and I don’t mean vocationally. Learning coding logic taught me logic in a tangible way. 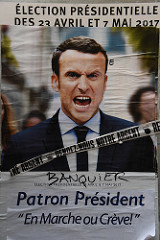 [La1] Mathias Shapiro is done with the hustle.

[La2] So why are unionized workers less happy? (Note: It’s not necessarily cause-effect.)

[La3] Well this is certainly a positive development, if true.

[La4] Somebody give me an award, please, because evidently I avoided the unavoidable.

[La5] I don’t know enough about French politics to know if President Jupiter ought to have said this about union workers, but cue the victory music! 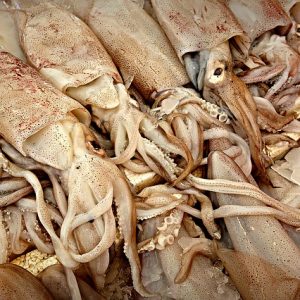 [An2] Behold, the intelligence of the octopus. Which is good, because evidently they’re taking over 2/3 of the planet. Perhaps they will appreciate this shrine.

[An4] Female birds are sneaky.

[An5] The French have a love/hate relationship with rats, according to Theodore Dalrymple.

[An7] How does this island exist? Do the snakes just each each other? This is like the Nightmare! level of a video game. Can we convince Trump that it’s an island nation we need to nuke?

[An8] First, kill all the kangaroos. Well, many of them anyway. 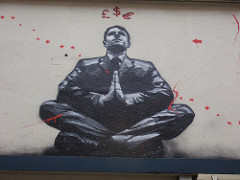 [Ec2] Are our outrageous health care costs mostly just a product of our standard of living?

[Ec3] Behold, the wisdom of the lower classes.

[Ec5] The power of optimism, as human capital!

[Ci1] Our major cities are producing fewer black mayors as African-Americans dilute their vote by moving around. {This was previously linkied, but evidently nobody followed it because it was linkied wrong.}

[Ci2] Richard Florida declares an end to the urban revival. Meanwhile, Devon Marisa Zuegel writes of the many ways the government created suburbia.

[Ci4] Does India have a sprawl problem that’s making its flooding worse?

[Ci5] I speak of some western cities as giving Mother Nature the middle finger, but maybe I should add South Florida to the list.

There’s been a boom in day trading and individual investing over the past several months — activity that’s often taking place or being discussed on platforms such as Reddit and Robinhood instead of in more traditional arenas. And one big question amid the frenzy has been how much the little guys really matter. Sure, small-time investors trade a lot, sometimes to the annoyance of more traditional institutions, but are they really consequential?

When it comes to the GameStop saga, at least, the answer is yes. An army of traders on the Reddit forum r/WallStreetBets helped drive a meteoric rise in GameStop’s stock price in recent days, forcing it to halt trading multiple times and causing a major headache for the short sellers betting against it and banking on the stock falling.

(Featured image is "Blowing up balloons" by JoshBerglund19 and is licensed under CC BY 2.0)