Alabama Pulls Back the Curtain 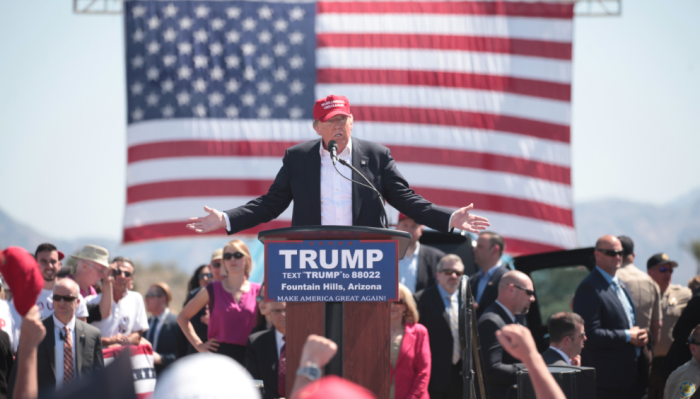 Last night, as I opened Twitter to briefly check my messages, the penny finally dropped.

As I’m sure everyone here knows by now, yesterday judge Roy Moore won the Republican primary runoff election for the Alabama Senate seat made available by Jeff Sessions’ departure to become Attorney General. If you are to believe all of the most common theories about why Donald Trump won the 2016 election, Moore’s election should come as something of a shock.

In theory, Moore’s opponent Luther Strange should have have won. He was already the incumbent, having been appointed by Governor Robert Bentley to replace Sessions. On paper he is a Conservative’s Conservative, standing for law and order and against liberal progressions such as environmental protections and same-sex marriage. He had the support of not only the establishment Republicans (with the war-chest advantage associated with that support), but also the support of President Trump. And no small measure of support at that: just last week, Trump gave one of his famous pack-‘em-in rallies to communicate to his base just how deep to the bone a Trump-man Strange was.

It shouldn’t have been close — and in fact it wasn’t. Moore cruised to an easy and decisive 55-45% knock out. All of which raises the question, why did Moore win? How did a race between two candidates, both conservative Christians who were close if not identical when it came to policy and litmus tests, go to the man without the money or backing? What exactly did Roy Moore have going for him that Luther Strange did not?

As it turns out, Moore has left some clues to help sort out this mystery.

For starters, though it is true that both Strange and Moore opposed SSM, Moore opposed homosexuality itself. In his last run for Senate, Moore stated that “homosexual conduct” should be treated (and punished) as a crime. He has never rescinded, amended, or softened this position. You may remember that Moore was suspended from Alabama’s Supreme Court two years ago for refusing to adhere to a US Supreme Court ruling on SSM. When responding to concerns about going rogue, he noted that in his view there was little moral difference between a gay person and a man having sex with a cow. Finding homosexuality to be a crime was “a moral precept upon which this country was founded,” he insisted. “Homosexual behavior is crime against nature, an inherent evil, and an act so heinous,” he wrote in a Supreme Court opinion earlier, “that it defies one’s ability to describe it.”

In addition to homosexuality, Moore and Strange differed on their views on Muslims. When the people of Minnesota elected Keith Ellison, a Muslim-American, to the US House of Representatives, Moore called for him to be disqualified from office on the basis of his religion, stating that Ellison’s faith was “directly contrary to the principles of the Constitution.” And if you find that reading of the Constitution to be odd, worry not, you’re not alone. As I noted three years ago, Moore believes that US courts, the legislature, and the Constitution itself should be superseded when they run afoul of his reading of scripture.

There’s a ton more that can be found with any google search, including Moore’s belief that 9/11 was God’s punishment for “legalizing sodomy,” that the first amendment should apply primarily to Christians, and casual ethnic slurs on the campaign trail.

The primary difference between Moore and Strange, in other words, is that one of the two was comfortable engaging in repeated public displays of bigotry.

For years now, I have been making the argument on these very pages that bigotry is universal, and that the GOP and conservatism were not inherently bigoted domains. Shortly after the 2012 election, after witnessing an spectacularly racist sour-grapes commentary on Fox News, I wrote this:

I maintain that both racism and sexism exist on all sides of the aisle(s).  But at the moment, the GOP has a huge PR and electability issue that is theirs alone.  Because even if Republicans are correct in their constant claims that their team has far fewer bigots than their counterparts (a big “if”), they’re still the party that seems to take frat-boy glee in flaunting their own side’s transgressions.  It’s as if the desire to be seen as non-PC trumps everything else, including both losing non-white male votes and – in some cases – defending actual racism and sexism out of spite.  They would rather offend  60% of female voters or 90% of black voters than tell some asshat with an (R) in front of their name that he’s being offensive.

To be clear, I still believe part of this. Racism and sexism exists in all political quadrants. Worse, the true wretchedness of the GOP combined with the current fashion of BSDI-dismissal has given white liberal/leftist groups permission from themselves to excuse or ignore all kinds of reprehensible behavior from their own.  1  But every excuse I imagined where I allowed the Right their own measure of goodness on this front, I now see, was foolishness on my part.

One of the great sports of punditry over the past two years has been grappling with the witnessing of Donald Trump and wondering, how?

How does he commit the sins of calling Mexicans rapists, of claiming that natural born citizens of Mexican descent aren’t real Americans, and still not lose the GOP? How does he publicly denigrate women, or get caught copping to sexually assaulting them, and skate away scot-free? How is he able to explicitly state there should be a ban on Muslims, or denigrate a Muslim family whose sole crime was supporting their son who died in battle defending the United States, and go unscathed? How is he able to award known anti-Semites  2  to key White House positions and not pay a price from his party? How is he able to refer to a crowd of white supremacists who chanted “JEWS WILL NOT REPLACE US!” as “very nice people” while demonizing black athletes for the supposed crime of peacefully protesting violence against them, and still have the full backing and support of his base and his party?

For the longest time, the supposed answer has been some amalgam of his Star Power, his Charisma, and his Media Savvy. “He’s Mr. TV,” we’ve all said to one another, “and he just knows how to work the press in spite of themselves.” We have repeated this over and over, this myth that Donald Trump could sell steaks and airlines and universities and wine and every other product made overseas and stamped with the Trump name and a Made In America label to everyone anywhere despite a lifetime of evidence to the contrary because Trump was that guy, that miracle guy, and because the only other alternative was too horrible to face.

They were never excusing the racism and sexism because it was Trump. They were always excusing Trump because of the racism and sexism. Or, maybe, something even worse: people who so wanted to stick it to liberals that they were willing to bathe in racism, sexism and anti-semitism even though they knew it was wrong, because twisting the knife into Pajama Boy or some 19 year-old Berkley coed majoring in women’s studies on Twitter just felt so good.

If it really was Trump and not the bigotry, the party faithful would have fallen in line, trusted his choice, and given the over-the-top bigot the boot. But they didn’t. Given the choice between a bad DNC cartoon version of a right-wing bigot and their supposed savior and Daddy figure, they didn’t blink.

If you’re a conservative, lifelong Republican who is also a Never-Trumper? We good. I have no bone to pick, and none of what I say here is directed at you.

Otherwise, though, I’m officially done with you. Tell me all you want about your love of the Constitution or the Party of Lincoln or the Thanks Obama or the Lamestream Media or whatever else allows you to forgive yourself for championing a man like Roy Moore over a seemingly decent Christian conservative who lacks Moore’s, I believe you like to say, “lack of political correctness.” Say it over and over, and howl it to the moon if you wish.

But I see you now.

Tod is a writer from the Pacific Northwest. He is also serves as Executive Producer and host of both the 7 Deadly Sins Show at Portland's historic Mission Theatre and 7DS: Pants On Fire! at the White Eagle Hotel & Saloon. He is  a regular inactive for Marie Claire International and the Daily Beast, and is currently writing a book on the sudden rise of exorcisms in the United States. Follow him on Twitter.

District Attorney Chesa Boudin is a leader of the national movement for criminal justice reform. He could soon become a cautionary tale about its vulnerabilities.

The Washington Post has suspended reporter David Weigel without pay